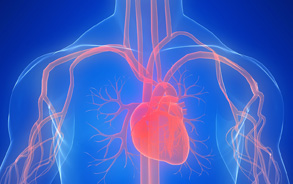 – As people age, stroke is one of their greatest fears. In fact, many Americans believe that surviving a stroke with a disability could be worse than dying. With stroke being one of the biggest risks of undergoing heart valve replacement, doctors are enthusiastic about new technology that may help.Almost one in 10 patients that undergo minimally-invasive heart valve replacement, known as trascatheter aortic valve replacement, or TAVR, have a stroke.Most of these strokes occur during the procedure or in the first 72 hours following it, caused by calcium deposits or tissue that breaks loose from the heart valve or surrounding area and travels to the brain, causing damage.However, a new, FDA-cleared technology, called the Sentinel Cerebral Protection System, is now available and has been shown to help protect patients from the risk of stroke during TAVR.It is the only device available in the U.S. to protect the brain during this procedure, and studies have shown that it reduces the incidence of stroke by 63 percent. The Sentinel works by capturing and removing the potentially damaging material released during the procedure before it reaches the brain, providing protected TAVR. Clinical studies have shown that 99 percent of TAVR patients have this type of debris removed after the procedure.It is being offered by selected centers across the country that perform the TAVR procedure.Robert Eckley of Seminole, Florida, was able to undergo protected TAVR using the new technology in a clinical trial before it was approved."My biggest fear was having a stroke, and I really believe if I didn’t have the Sentinel device, I would have had serious problems. I’m grateful to have had a successful surgery and the device did capture a lot of debris," he says."My lifestyle is back to normal and I can do all the activity I used to do before the surgery without dizzy spells, shortness of breath or stopping to rest."For more information about the Sentinel and protected TAVR, visit www.claretmedical.com or call (707) 528-7253.