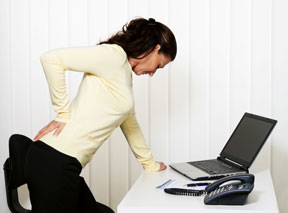 If you’ve been paying attention to the news, you know we’re facing an opioid crisis — so much so, in fact, that September has been declared “Drug-Free Pain Management Awareness Month.”

“Drug-free” being the key words.

Lost in the headlines is how all too many patients’ downward spiral — more than 90 Americans overdose each day — began with a routine doctor’s prescription for painkillers like OxyContin.

“It’s become a sadly common story,” NPR reports. “People get prescribed painkillers.
They become addicted. And then they seek out cheaper and more potent drugs such as heroin and synthetic opioids.”

It makes sense that the September designation comes from the Foundation for Chiropractic Progress, and is included on the Society for Healthcare Strategy and
Market Development of the American Hospital Association’s Calendar of Health Observances & Recognition Days.

Many health-care professionals have long promoted a “chiropractic first” approach — arguing that it is an effective, safer way of addressing many patients’ spine and joint-related pain. Still others supported this approach after the Centers for Disease Control & Prevention last year began urging physicians to use alternatives to opioids and the American College of Physicians recommended spinal manipulation,

The month-long series of nationwide events will underscore the value of chiropractic care for seniors, athletes, pregnant women, military veterans, and other patients who are in pain.

“I’m living proof that chiropractic works,” says Ret. Brig. Gen. Becky Halstead, the first female West Point graduate to be promoted to General Officer, in a statement. Halstead, will serve as the honorary chairperson for “Drug-Free Pain Management Awareness Month” and credits her chiropractor with helping relieve her chronic fibromyalgia pain — and literally saving her life.